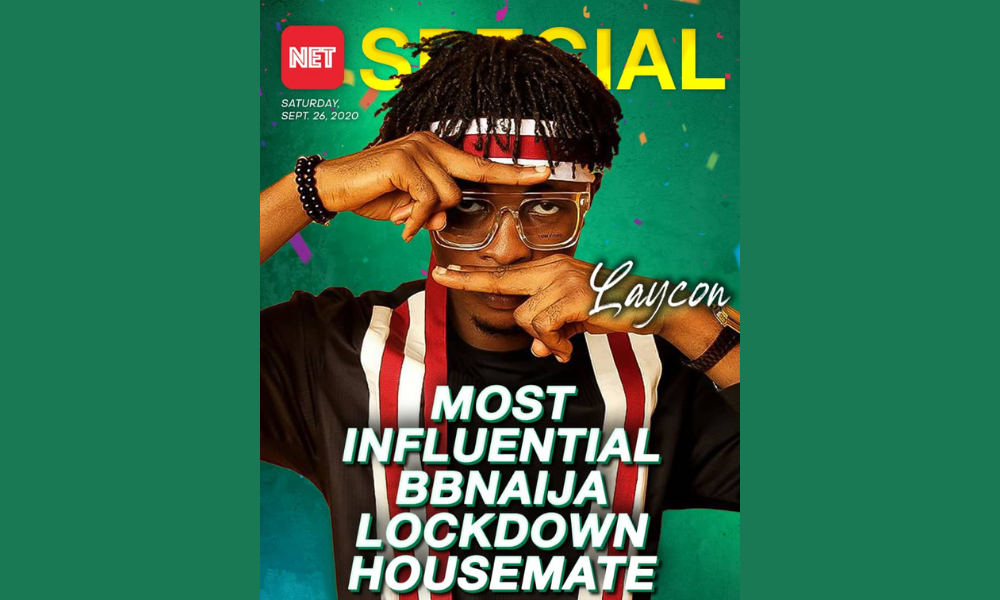 As Big Brother Naija ‘Lockdown edition’ wraps up today, Netng carefully examines each housemate’s time in the house, conversations about them, and their influence on social media. On all fronts, Laycon leads the pack.The SocialCred App reveals that Laycon who currently boasts of 266,522 followers on Twitter is the highest followed BBNaija Lockdown housemate on the social platform. He has over 100,000 more followers than Kiddwaya who is the second most followed housemate with 158,867. Laycon’s tweets receive an average 44% positive response, 30% neutral, and a 26% negative response.

In just the space of a few hours, after he entered the house, his Twitter following went from 1,500 to 20,000. And in a couple of weeks, he became the first Lockdown housemate to hit a million followers on Instagram.

His fanbase called The Icons are constantly talking about him on social media, and according to Keyhole Insights gathered by marketing, media and tech company, ID Africa, he is the most talked-about housemate this season. Laycon has featured prominently in the very popular daily ranking of trending housemates put together by ID Africa. He has maintained a strong position on the ranking, featuring in the top three most-talked-about housemate positions 66 times out of his 69 days in Big Brother’s house.

Whether his popularity and social media influence will translate to winning votes remains to be seen. But like the polls in the weeks he was put up for eviction showed us, they go a really long way. Chief Executive Officer of ID Africa, Femi Falodun echoes this sentiment. “Social media support easily translates to votes for a show like BBNaija,” he says.  “Everything is mobile — social media and voting channels. And the fact that people don’t have to leave their phones to offer their votes the same way they offer opinions makes for easy conversion of social chatter to actual votes on the game show.”

She is a media entrepreneur and PR practitioner. She is a writer and a wedding/event planner. She is an aspiring Filmmaker.

R.kelly’s Lesbian Daughter on her journey to Transgender World “I was S cared”

Man Murders His Wife For getting Pregnant Again

No Any widget selected for sidebar