Two days after responding to the allegations made by Cynthia Morgan, Jude Okoye has revealed the contract that the singer signed with the Northside Music.

The contract which was made available to popular Instagram influencer Tunde Ednut, was signed on the 12th of October, 2013. It ran for 4 years and had a 2-year option renewal.

Cynthia Morgan who had been missing from the music scene for a number of years had accused Jude Okoye of wrecking her career. The dancehall singer alleged that Okoye was not promoting her and that Okoye took over her social media and VEVO accounts and had also stopped her from using the stage name.

According to the terms of the contract, Cynthia Morgan and Northside Music had a 50/50 sharing formulae. Considering that she was a new artist at the time, Northside agreed to put up 100 per cent of the expense of which 50 would be deducted from the Morgan’s earnings.

See a copy of the contract below: 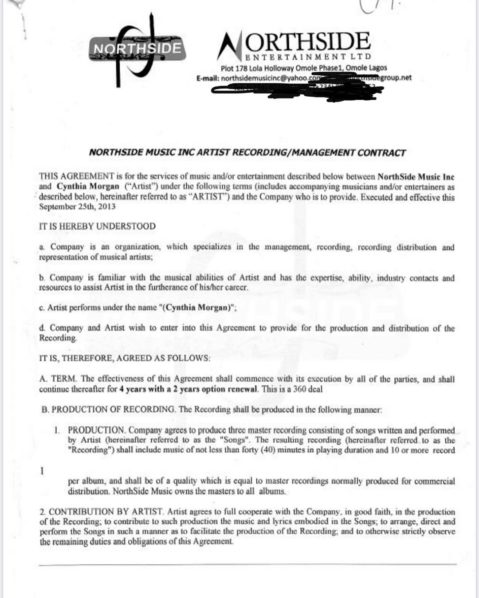 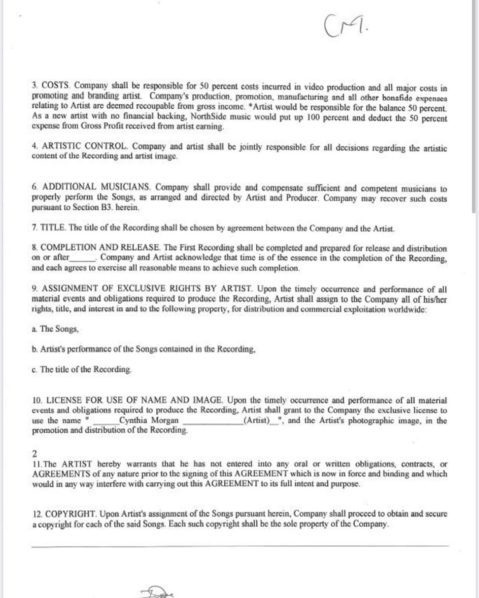 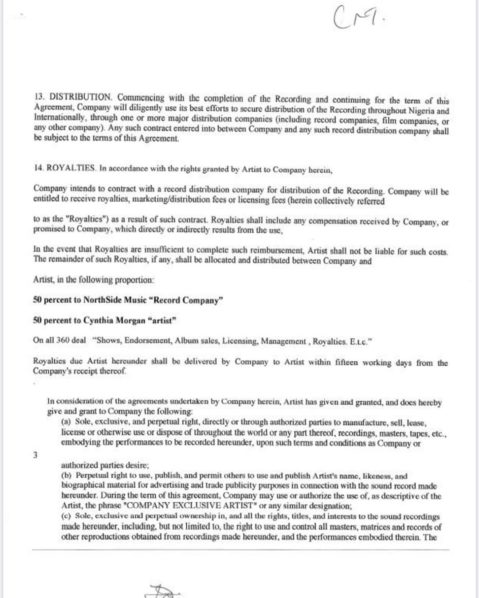 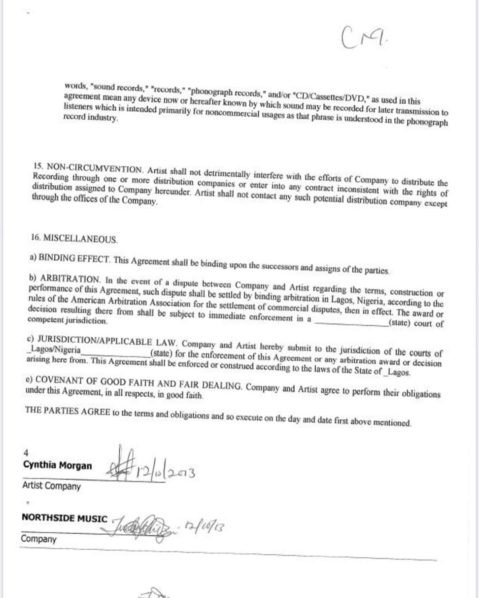 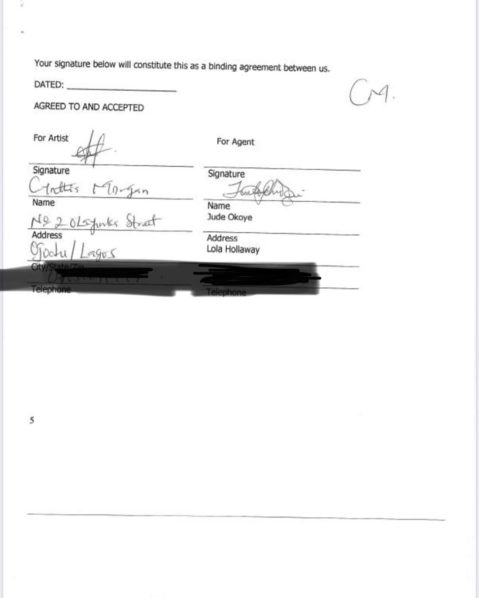